This is the site of the magnificent Tudor palace of 'None such'. Henry VIII planned to use it as luxurious base for hunting, but he died just before it was completed. The palace was built around two courtyards and was about the size of a modern football pitch. Inside, it was richly decorated with stucco and gilded slate in the Renaissance style.

Pictured above: Nonsuch Gardens. Some of the ancient trees would have been saplings when Henry VIII came up with his masterplan, and his successor Queen Elizabeth hunted deer in the grounds

Charles II later gave it to his favourite mistress, Lady Castlemaine, a notorious gambler. When she fell into debt in 1682, she had the palace pulled down, turned the park into farmlands, and sold everything she could lay her hands on. Only the battlemented brick walls remain, which are thought to have formed part of the palace's original garden boundary.

Above left: the crenellated gate to Nonsuch Gardens. Above right: monument outside the park in Ewell Road. The monument was erected in 1895, and dedicated to the memory of W F Gamul Farmer, from his eleven surviving children. The large family had lived in Cheam Park House in the Victorian era

Above: Nonsuch Park in winter 2008. Below: Nonsuch Park Mansion, a two-storey castellated house built in 1802-05, not far from the destroyed Tudor masterpiece. It was built by Sir Jeffry Wyattville, who later went on to work on the reconstruction of Windsor Castle (which earned him his knighthood) 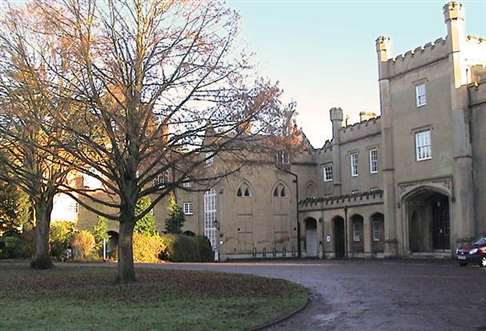 The mansion can be hired for wedding receptions and they occassionaly hold wedding fairs too, more details of which can be found at Nonsuch Mansion wedding fairs.

Walkfit is a new, fun way to get healthy. Led by highly trained fitness instructors, its a group class which takes place in a park near you. Itll keep you interested with constant variety, easy challenges and personal encouragement. Itll increase your heart rate, use your muscles and improve your mobility. Whats more  its so fun and sociable, youll wonder where the time goes. It is for everyone and anyone who wants to take steps towards a healthier lifestyle.

Walkfit classes in Nonsuch Park in Cheam will run every Tuesday and Thursday at 10am, Wednesday at 6pm and Saturday morning at 10am. Everyones first Walkfit class is FREE!