This splendid rectory dates from the early 1500s. It was used as a kind of B&B to the aristocracy visiting the now dismantled Nonsuch Palace - which would have been a five minute horse ride away. It survived a bomb in the Second World War and you can see many pitted bricks on the outside wall to the left. 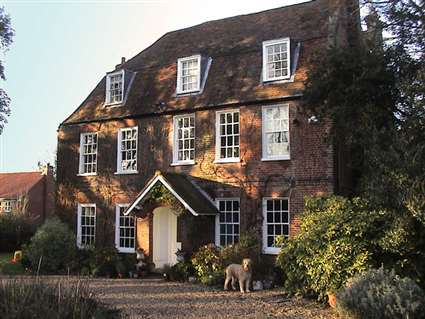 Above: Look familiar? The Rectory has been used as a photographic location for M&S, American Vogue and Viyella, as well as other well known brands

It's now a popular venue for film and photo shoots, as well as weddings and other celebrations. Many visitors enjoy the candle-lit ghost walks, hoping to see the shy spooks that are said to haunt the rectory. Are you brave enough to discover the secret of the cellar...?

Did you know? A nearby crypt was used as a shelter by the first pupils of Cheam School in 1665, so they could escape the deadly plague of London. It was covered up in the 1930s.