Once a cornfield, Seears Park is now a lovely place for a stroll. It was bequeathed in perpetuity to the people of the borough by Mr and Mrs John Seears, who had lived nearby in Quarry Park Rise, and opened formally as a park in 1934. 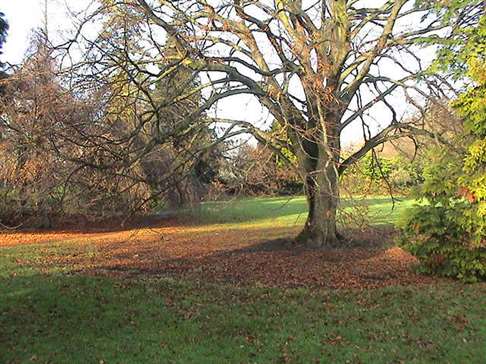 Seears Park on St. Dunstans Hill occupies an area of 1.94 hectares. The park's name is often mispelled as 'Seers' or 'Sears'. 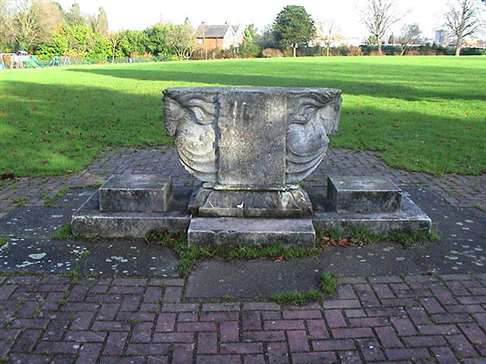 Above: Plinth at the entrance to Seears Park, made from Portland stone and carved to resemble two outward facing heads. It used to be topped by a drinking fountain with a statue of a boy, and bear an inscription thanking the Seears for their generous gift of the park  however, over the years, bits have disappeared, leaving only the plinth standing