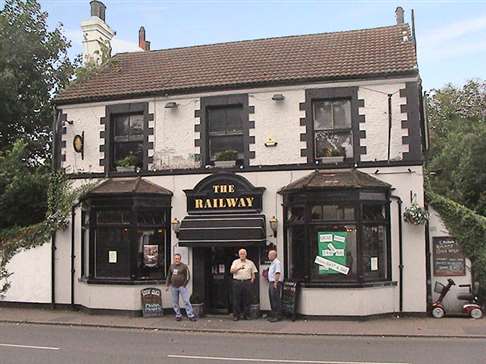 Above: The Railway Hotel, Cheam, Summer 2009

The pub was built to service Cheam railway station which is opposite. 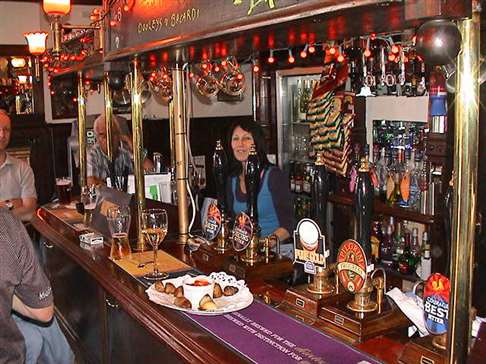 Roast potatoes, a selection of real ales and a friendly face behind the bar. What more could you want?

Above left: The Railway sign above the entrance. Above right: the pub sign featuring a steam train - perhaps on its way to Cheam Station, which is opposite the pub.

Cheam Station was originally meant to service the London to Portsmouth atmospheric railway, but on the failure of the proposed line it became part of the London, Brighton and South Coast Railway on 10th May 1847. A direct train can be taken from Cheam to both London Bridge Station and Victoria Station as part of the Southern National Rail network. 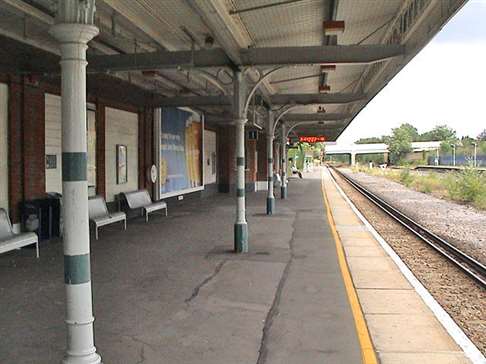 The London bound platform at Cheam Staion. Why not pop into the pub for a refreshing pint after work?