This timber-framed, jettied Tudor cottage originally occupied a site where the Broadway is today. It was quite happy there for nearly 500 years. But it stood in the way of a street-widening scheme, so in 1922, it was completely dismantled and rebuilt in its current location. Now that's what we call moving house! 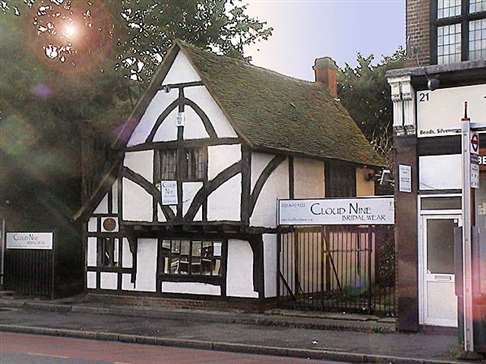 During the dismantling of this building, it was discovered that the timbers used to be incorporated into an even older building on the same site. That led to speculation that the house was once in the village of Cuddington, before that settlement was demolished by Henry VIII to make way for his extravagant Nonsuch Palace.

The more recent sloping roofed extension was sympathetically built in period style. A Sutton Heritage plaque on the building explains that the Old Cottage could once have been the cross-wing of a 'hall house'.

Did you know? The Old Cottage was formerly part of the Cheam Brewery